About : People : Board of Directors

Arise Board of Directors 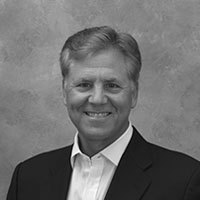 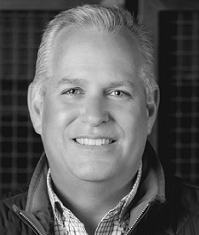 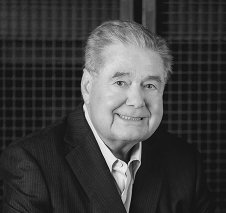 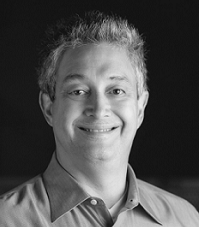 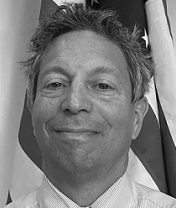 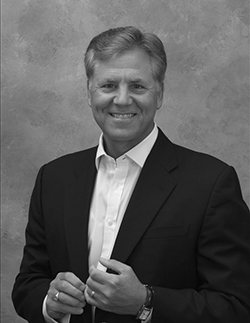 Executive Chairman of the Board

John A. Meyer is the Executive Chairman of the Board of Arise Virtual Solutions' Board of Directors.

Join joined the company as CEO in 2011 to drive the organization’s growth, set the strategic vision and manage the global operations of the business. John has over 28 years of leadership experience with large publicly traded organizations, and building high growth organizations in both the United States and internationally.

Prior to joining Arise in 2011, John served as Chief Executive Officer and President of Acxiom Corporation, a $1.2 billion global interactive marketing services company with more than 6,500 employees. Previously, he served as President of the Global Services group of Alcatel-Lucent for five years, where he was responsible for more than $6 billion in annual revenue and the management of more than 20,000 people. Prior to joining Lucent, he spent almost 20 years in a number of high-profile positions at Electronic Data Systems Corporation (EDS), including Chairman of the Europe, Middle East and Africa (EMEA) Operating Team, President of Diversified Financial Services and Credit Services Divisions, and CIO for the company’s GMAC business. John’s global, multi-industry experience at EDS was marked by numerous successes, including doubling revenue in EMEA from $3.6 billion to $7.2 billion in four years.

Before entering the business world, John served as a flight commander and was selected as a captain in the U.S. Air Force. He holds a MBA from the University of Missouri and a BS in management from Pennsylvania State University. 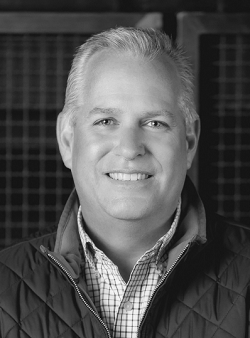 Mr. Warren Edwards is a Founding Partner of Strait Lane Capital Partners. He is a proven business executive with more than 25 years of operational and financial experience. Mr. Edwards currently serves as a Director of the MMK Foundation. He served as Chief Financial Officer of Affiliated Computer Services, Inc. (ACS), a global provider of business process and information technology outsourcing services and Fortune 500 company.

Mr. Edwards joined ACS in 1996, and held various executive positions during his tenure. During his 10-year career at ACS, Mr. Edwards was instrumental in advancing the company from a relative start-up to a global, $6 billion outsourcing services leader with more than 60,000 employees worldwide. He was the company’s Chief Financial Officer from 2001 to 2006. Prior to serving as CFO, he held various positions in the company’s financial operations.

During his tenure as CFO, Mr. Edwards was a key contributor in dozens of mergers and acquisitions performing due diligence, financial analysis, as well as management and operations integration planning. Mr. Edwards was responsible for all of ACS’ capital market transactions including secondary offerings, convertable debt offerings, and the Company’s initial public debt offering. In total, these transactions resulted in more than $4 billion in new funding to support the company’s mergers and acquisitions activity and other key corporate initiatives.

Prior to joining ACS, Mr Edwards held several operating roles with Foxmeyer Health Corporation (subsequently acquired by McKesson). These roles included responsibility over its purchasing organization with over $5 billion in annual purchases. Prior to that Mr. Edwards was the executive over its Trading Company which had annual revenues in excess of $150 million.

Mr. Edwards began his professional career with PricewaterhouseCoopers during which he served both public and private companies in the manufacturing, real estate, oil & gas, and technology markets.

Mr. Edwards serves as Director of the MMK Foundation, a 501(c)(3) charitable organization formed in 2007. The MMK Foundation was created to actively support important social issues including education, environmental, health and welfare advocacy for women, children, and veterans.

Mr. Edwards graduated with honors from Texas Tech University, with a B.B.A. in Accounting. He is a certified public accountant.

Mr. Edwards has been married for 25 years and has two children. He resides with his family in Dallas, Texas. 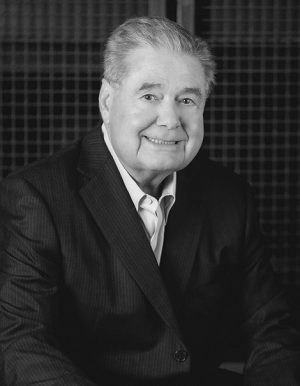 Mr. Hortenstine currently serves as Executive Director of SLCP’s portfolio company, Griswold, LLC. Griswold is a manufacturer of open-cell polymers which are used in a wide variety of industries. In his role, Henry will primarily be focused on working with the management team on a number of growth initiatives.

Prior to Zenta, Mr. Hortenstine was a director and group president of Affiliated Computer Services (ACS), a publicly traded Fortune 500 company which became a global leader providing information technology and business processing outsourcing services to clients worldwide. ACS was acquired by Xerox in 2010. At ACS, Mr. Hortenstine was responsible for its IT outsourcing and BPO businesses which grew under his leadership from $119 million to more than $2 billion in annual revenues. He also has a long history working in the financial services and technology services industries with positions of increasing responsibility at Lomas Financial Corporation, Crestar Bank, and IBM Corporation.

Mr. Hortenstine and his wife reside in Dallas, Texas where they are actively involved in the community and with several charitable organizations. They have four daughters and five grandchildren. He is a graduate of the University of North Carolina at Chapel Hill with a Bachelor’s of Arts in Economics. 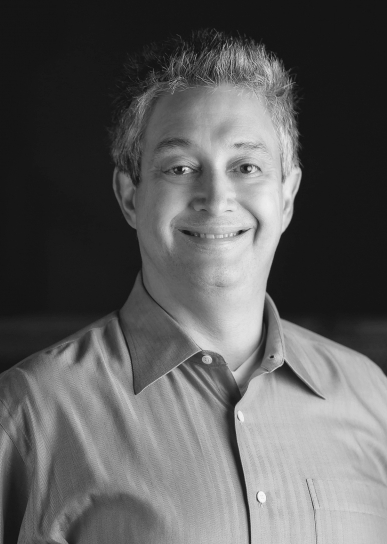 Mr. Mark King is a Founding Partner of Strait Lane Capital Partners. He is an active business entrepreneur and philanthropist. In 2006, Mr. King served as Chief Executive Officer of ACS, a global provider of business process and information technology outsourcing services and Fortune 500 company. Since 2007, Mr. King has acted as President of the MMK Foundation.

Mr. King joined ACS in 1988, and held various executive positions throughout his tenure. During his 18-year career at ACS, Mr. King was instrumental in building the firm from a start-up company to a global, $6 billion outsourcing services leader with more than 50,000 employees worldwide. He was a key contributor in the company’s initial public offering in 1994. He acted as Chief Financial Officer from 1995 to 2001, and was promoted to Chief Operating Officer in 2001 and President in 2002. He was named Chief Executive Officer in 2005, and was CEO until 2006.

While at ACS, Mr. King successfully completed more than 75 acquisitions with an aggregate purchase price and total annual revenues in excess of $4 billion. During his tenure as an executive officer, ACS consistently maintained one of the best track records in the industry for financial performance, growth, service, and client satisfaction. Prior to joining ACS, Mr. King held a variety of positions of increasing responsibility at MTech Corp., Santa Fe Minerals, and PricewaterhouseCoopers.

Mr. King is active in a variety of business, civic, and charitable organizations. He is an accomplished speaker and has addressed several groups on topics including performing successful mergers and acquisitions, applying managerial best practices, and producing business success.

Mr. King founded the MMK Foundation, a 501(c)(3) charitable organization in 2007. The MMK Foundation was formed to support important social issues including education, environmental, health and welfare advocacy primarily for women and children. Mr. King is also actively involved with a variety of charities and civic organizations that promote and support the arts, education, relief efforts, and healthcare for those in need.

Mr. King is married and has one child and he resides with his family in Dallas, Texas. 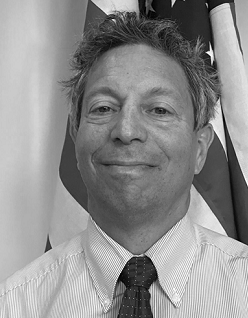 Between Lennox and SPI Mr. Squires has been involved using his own capital in the acquisition, ownership and management for his own account (and his partner) of more than $1.5 billion in real estate over the past thirty years.

Prior to SPI, Mr. Squires worked at various Bass Brothers and Rainwater, Inc.-affiliated companies from 1984-1991 in real estate acquisitions, investments, corporate strategy and liquidation and in 1991 Mr. Squires with his partner at the time, Maxxam Inc, a Fortune 150 Company did the first ever RTC Bulk Sale which resulted in more than $100 million in profit and subsequently purchased more than 100 tracts of commercial land nationwide from the RTC.

Mr. Squires holds a BS in Accounting with High Honors and the Honors Program at Penn State University and has an MBA from Harvard Business School as well as a CPA (currently in-active).  He presently serves on the Board of Directors and owns equity in Stream Energy, Hycroft Advisors and Arise Holdings.  Mr. Squires has previously served on the Board of Directors of public and private companies including Forestar Group, Inc. (NYSE), Boss Holdings, Inc., Box Energy Corp., Crown American Bank and GSTV as well as the Board of Trustees of the St. Mark’s School of Texas.

Arise is fundamentally changing how companies interact with their customers, by connecting them to the platform economy and real-time, on-demand micro companies to achieve a superior customer experience.

We use cookies to improve your online experience. Continue browsing to accept cookies, else manage them in your browser settings.